To have the optimal experience while using this site, you will need to update your browser. You may want to try one of the following alternatives:

How To Remove Lint From the Dryer 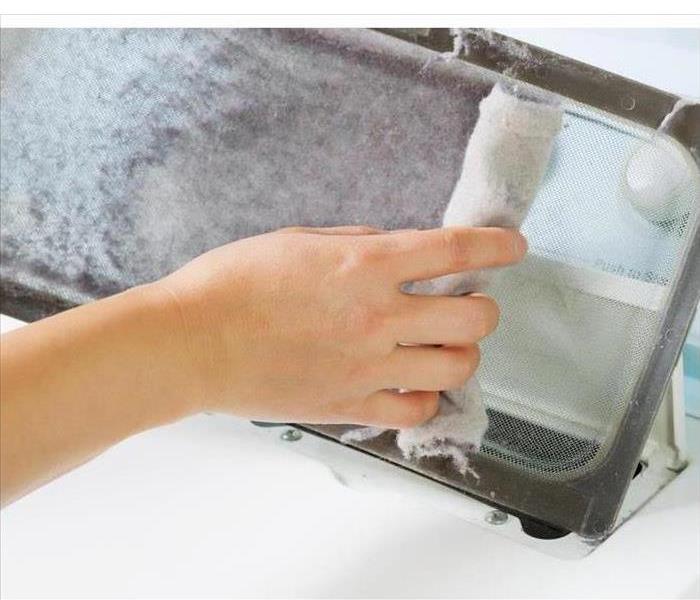 By regularly cleaning your dryer, you can reduce the chances of a lint fire.

Ways To Save Your Home Fire Damage

Home fires do not only occur in the kitchen. In fact, the laundry room is another common location of blazes. Specifically, a lint fire can break out if your dryer is not cleaned properly.
Luckily, removing lint from the dryer is a fairly easy process. Following the basic steps listed below can help save your home from severe fire damage.

1. Clean the Lint Screen Each Time the Dryer Is Used

You should easily be able to find and remove the lint screen on your dryer. Take out the screen and clear off the lint before placing a new load of laundry into the appliance. Use your hand or a cleaning brush to remove the lint. Then dump it in the trash so it doesn’t start a lint fire.
Every few weeks, you should take the extra step of rinsing the lint screen in the sink. You may want to put some soap on the screen, as well. Continue applying running water until the screen is completely clear.

After you pull out the lint screen, you should also check the vent that was holding it. If you see any excess lint in the vent, use a vacuum attachment to remove the debris.

Both the vents and the inside of the appliance should be cleaned twice a year to prevent a dryer fire. To deep clean, the vents, start by unplugging the dryer and removing the exhaust hose. Use a vacuum attachment, rod or cleaning brush to take any lint out of the hose. You can similarly remove the access panel and remove lint from any visible areas.
By regularly cleaning your dryer, you can reduce the chances of a lint fire occurring in your Woolwich, ME, home. If a blaze does damage your property, you need to get it repaired as soon as possible. You should thus contact emergency restoration specialists immediately.